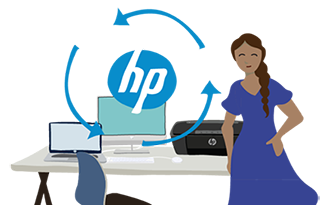 the system installed updates automatically at the background, then asked me to reboot the system.

After the reboot, the screen was black with cursor. I had to restore the system to the point before

the update installed so that I could use the Notebook again. However, the system keeps on doing the update

every day and the black screen problem repeats again, this is very annoying. I called Microsoft hotline

contact HP for support. Microsoft helped me to disable the auto update tempoarily and asks me to wait for

you could follow below step to fix black screen issue.

Thanks for your reply.

If I disable the "App Readiness", will this affect the installation of the Windows update?

you could follow below step to fix black screen issue.

It works, thanks a lot!